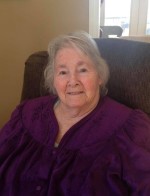 In Memory of
Cleo Spicer
Jones
1926 - 2020
Click above to light a memorial candle.
Memorial Candle Tribute From
Newnam Funeral Home, Inc.
"We are honored to provide this Book of Memories to the family."
View full message >>>
Send Flowers
Plant a Tree In Memory of Your Loved One
Click Here
Menu 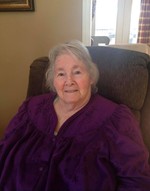 Cleo Spicer Jones, the widow of Jesse Jones and the daughter of the late Ringo and Rose Fox Spicer was born in Lee County, Kentucky on January 30, 1926 and departed this life in Beattyville, Kentucky on December 23, 2020 at the age of 94 years, 10 months, and 23 days. She was a homemaker and a devoted mother to her family, and she enjoyed quilting.
She is survived by 8 children, James Jones and wife Robin, Linda Stone and husband Mark all of Beattyville, Kentucky, Mark Jones and wife Carol of Dawsonville, Georgia, Sheila Phillips of Stanton, Kentucky, Regina Addison of Richmond, Kentucky, Danny Jones of Mobile, Alabama, Tony Jones and wife Teri, and Lisa Dickerson all of Beattyville, Kentucky; many grandchildren, great grandchildren, and great-great grandchildren; one brother, Virgil Spicer of Scottsburg, Indiana; and a host of other relatives and friends.
In addition to her husband and parents, Cleo was preceded in death by three children, Larry Jones, Sandra Pickar, and Walter Jones; and several brothers and sisters.